You know one of those days when you’re feeling sad and you don’t even know why. Well, if you’re feeling that way today, I’m here to bring a smile to your face! 😀

I hope these tips are successful in turning your frown upside down!

What do you do to make yourself happy? Let me know in the comments section below. 🙂

Vaseline Petroleum Jelly is one of the most versatile products ever. You can use it for practically anything that goes wrong! 😮

Here are some of the best uses of Vaseline:

I hope you found these tips useful!
What do you use Vaseline for? Let me know in the comments section below. 🙂

We all know it’s that time of the year when the heat is killing! On the bright side, look at all the ice creams you can eat and all the cute outfits you can wear. 😀

The Summer Loving set is perfect for the Summer season being comfortable and stylish at the same time! The set contains the following items:

I hope you liked the Summer Loving Set!
What’s your favorite summer colour? Let me know in the comments section below. 🙂

I’ve been nominated for the 3 Days, 3 Quotes Challenge. Since I love quotes, I’m quite excited about this challenge.

Before I start, I would like to thank Nazmin for the nomination. If you like posts that are creative and inspiring, then you should visit her blog. 😀

Why I love this quote?
Marilyn Monroe always went after what she wanted. Of course, she was very successful in her career, but some people envied her success and despised her for it. From my personal experiences, I can say that envy is something that can kill you. I’ve seen envious people pull other successful people down just so they can feel better about themselves.
Sad, isn’t it? I’m not the kind of person who gets jealous of someone else’s achievements, in fact, I celebrate along with them. If people started appreciating other’s on their success rather than hating them for it, the world would be a happier place. 🙂

Nominees:
Honestly, I don’t know who to nominate for this challenge. If any of you are interested in doing the 3 Days, 3 Quotes Challenge, feel free to let me know in the comments section below!

What are your thoughts on this quote? Share your opinion with me in the comments section below. 🙂

Before I start, I would like to thank Sadaptation for nominating me. You should visit her blog because she posts some pretty creative and interesting articles. 😀

How did I start my blog?

Well, to be honest, it was a decision that I made after a lot of self-debate. Even though I had an interest in blogging, there was something holding me back and that something was fear. I was confused, to say the least. I kept asking myself questions like:
Where should I start?
What should I write about?
Will people like my blog? and so on.
Sooner or later, I realized that I had to stop being such a wimp and just go for it. Maybe, it was my sudden surge of confidence that motivated me to start ‘The Jouska’ blog. I’m glad that I made that choice because I really enjoy being in the blogging community now. Also, I’m not very chatty in the real world, so having a blog gives me a way to express myself freely without any judgement.

I hope that my piece of advice helps you find your way in the blogging community.
Congrats to all the nominees! I’m looking forward to reading your answers. 😀

Why is it so important to take decisions in life? I keep asking myself this question every day.

I used to hate taking decisions and making life choices. I feared them. I was scared that if I decided to do something and it didn’t work out as planned, then I’d be doomed.
Whether it was deciding which college to go to, which major, which career, which country and so on. It was always my parents who did everything for me when I was younger. I was under the impression that they would always take every decision, every choice, and every step for me.

But, I was wrong. Sooner or later I realized that taking decisions are an essential part of our lives. Now that I’ve grown up, I have to make these life choices on my own. It may seem scary at first but it’s true. It’s important for us to understand the importance of moving on in life. Life is never stagnant, people never wait, and opportunities never return again. We must be bold enough to decide what’s right for us because we are responsible for ourselves.

Don’t be afraid of the outcomes. You may go wrong, but it won’t kill you to try.
The worst case scenario: You’ll regret it for the rest of your life, but at least you tried! Also, you won’t know if it is the right decision until you try. Always remember one thing, be confident in what you do.

I hope my little piece of advice will help you overcome your fear of taking decisions in life. Start small and you’ll end up taking major decisions in no time! 🙂

There are various BB Cream brands available in the market, but one of my favorites is Garnier BB Cream because it’s not oily and is perfect for combination skin. 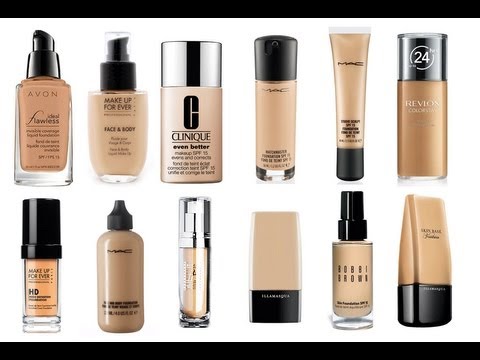 Also, there are hundreds of foundation brands available around the world. I, personally, prefer using MAC Foundation because it gives a good coverage and glow to your skin.

What’s the difference between the two?

I love quotes because they inspire me to become a better person.
My wall is covered with so many quote posters that you can barely see the wall color hiding behind them…Oops?

Anyway, today I want to inspire you all with some simple yet effective quotes:

I hope you are inspired by my favorite collection of quotes.
What’s your favorite quote? Share them with me in the comments section below! :D

I often question myself whether change is for the better or worse.

Over the last century, change in the life of human beings has increased its pace and beyond our wildest expectations. While, some may believe that change is always for the better, others strongly support the idea of sticking to old ideas and norms. Change can mostly be attributed to technological or scientific breakthroughs which change the way we look at things around us on a daily basis.

Those who are afraid of change and try to secure themselves by doing safe and familiar things are living in denial. Even if they resist from changing their lifestyle, they cannot stop the world around them from changing. Sooner or later, they realise that their familiar jobs no longer exists or that their safe behaviour patterns may no longer be accepted.

On the contrary, some people say that change is always for the better. They believe so because it brings about new opportunities and new experiences which enthrall our life journey. However, reaching the conclusion that change is inevitable is not the same as assuming that ‘change is always for the better’. Unfortunately, it is not always that changes are made because they have good impacts for the majority of the people. Rather, such changes are made to accumulate wealth in the hands of the rich and powerful people.

In conclusion, I strongly believe that change can be stimulating and be energizing for those people who pursuit it themselves. On the other hand, when change is imposed forcefully upon people, it may not necessarily have good outcomes.

What’s your opinion on change? Share them with me in the comments section below. 🙂

People often don’t realise the difference between loneliness and solitude. They think that if you’re alone and enjoying your own company, you’re a loner, but that’s not true.

Having time to yourself is as important as socialising with other people. Why?

Anyway, my point is, enjoy your solitude and make the best of it. 😀